"Flexiglass canopies are constructed from proven materials that are chosen for their functionality and their reliability."

Warning: The following items must be attended to on a regular basis. More frequent for off-road conditions. Failure to comply may void your warranty. 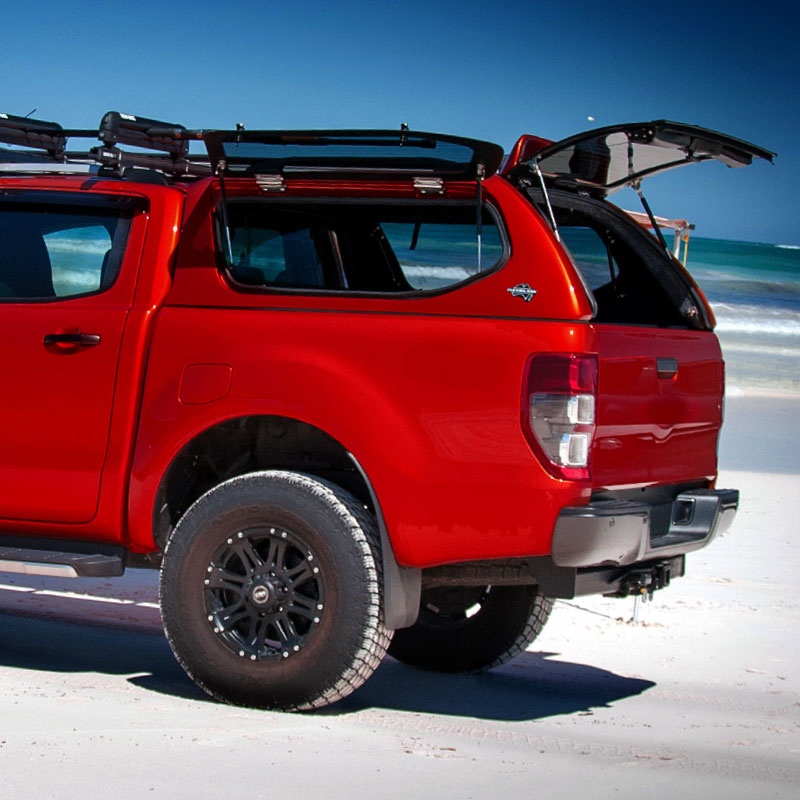 Flexiglass canopies are constructed from proven materials that are chosen for their functionality and their reliability. For this reason, Flexiglass canopies are fitted with tempered glass windows, which are both stronger and safer than conventional annealed glass windows. However, while tempered glass is stronger than annealed glass, it is not immune to damage or breakages.

A key safety feature of tempered glass is the way in which it shatters into many small pieces when it breaks, which occurs to prevent the likelihood of injury from the breakage. This shattering effect can happen immediately after a strong enough impact or, alternatively, can occur much later in what is called delayed breakage.

The trigger for delayed breakage could be stresses caused by:

To assist you with reducing the risk of glass breakages, Flexiglass recommend the following checks be performed regularly:

By using the above tips and doing your best to avoid impact situations that may result in immediate or delayed breakage, your canopy’s tempered glass windows will have a long life while retaining their strength and functionality.